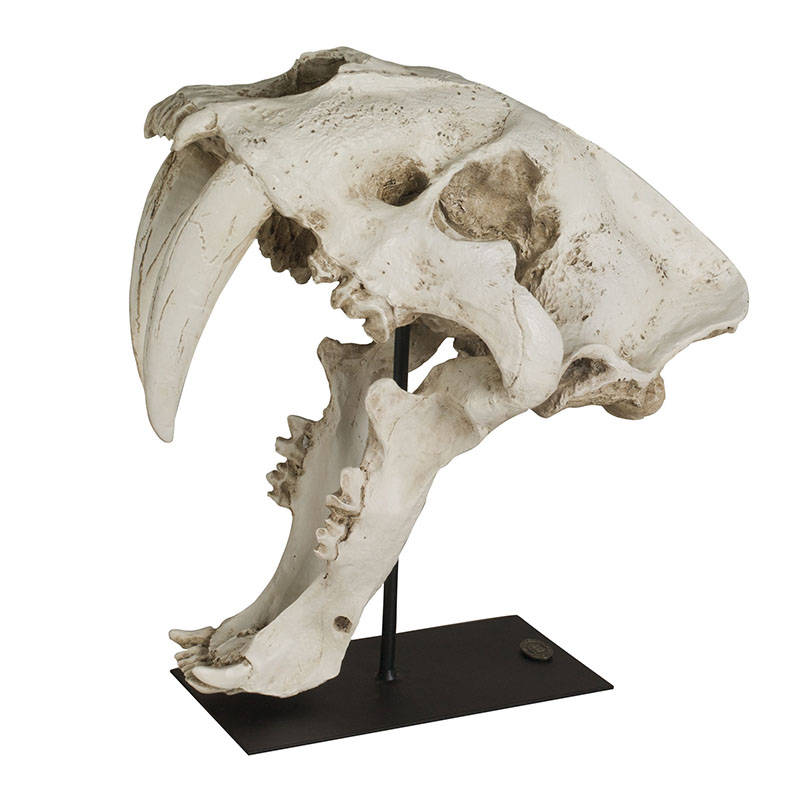 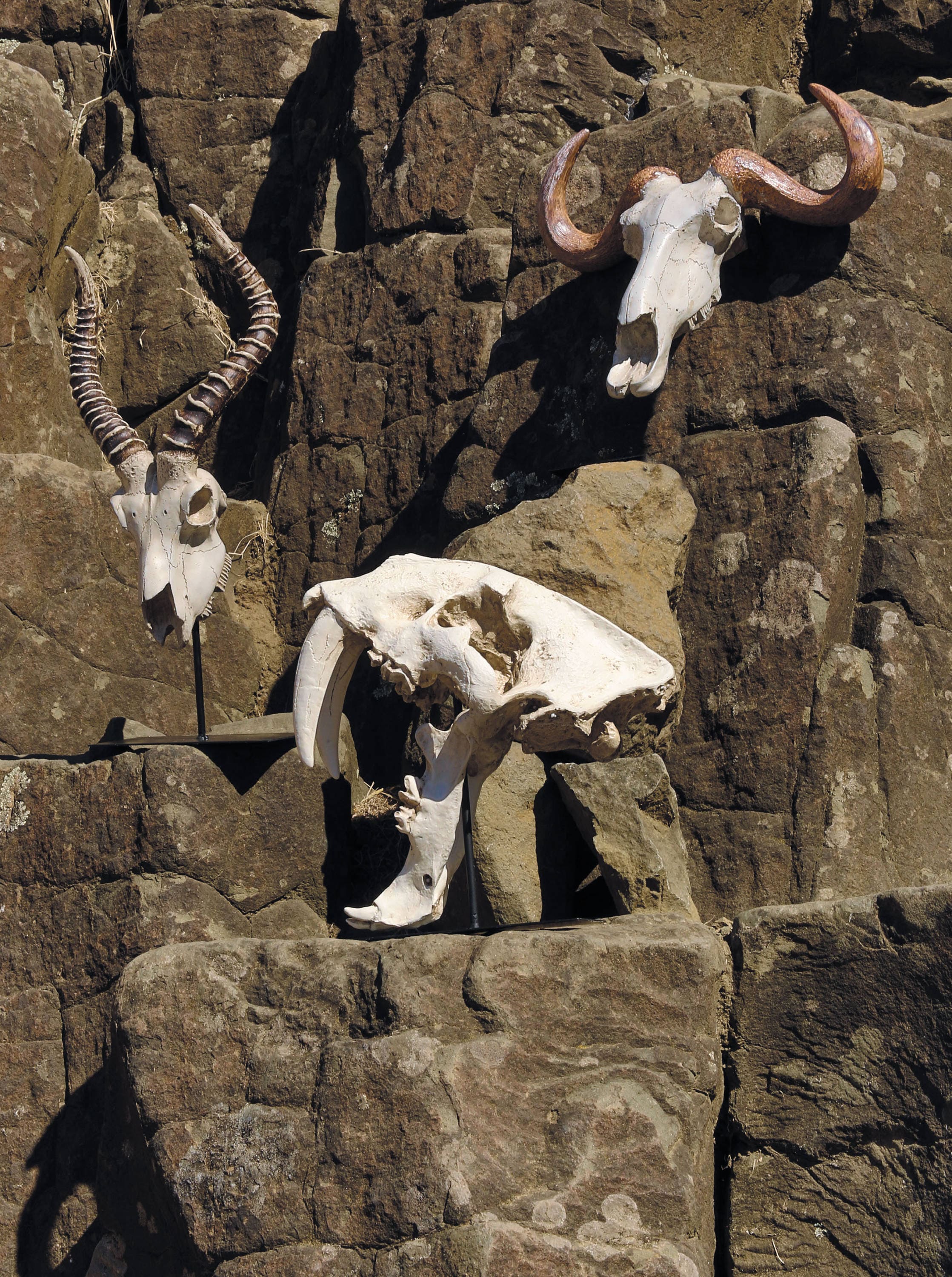 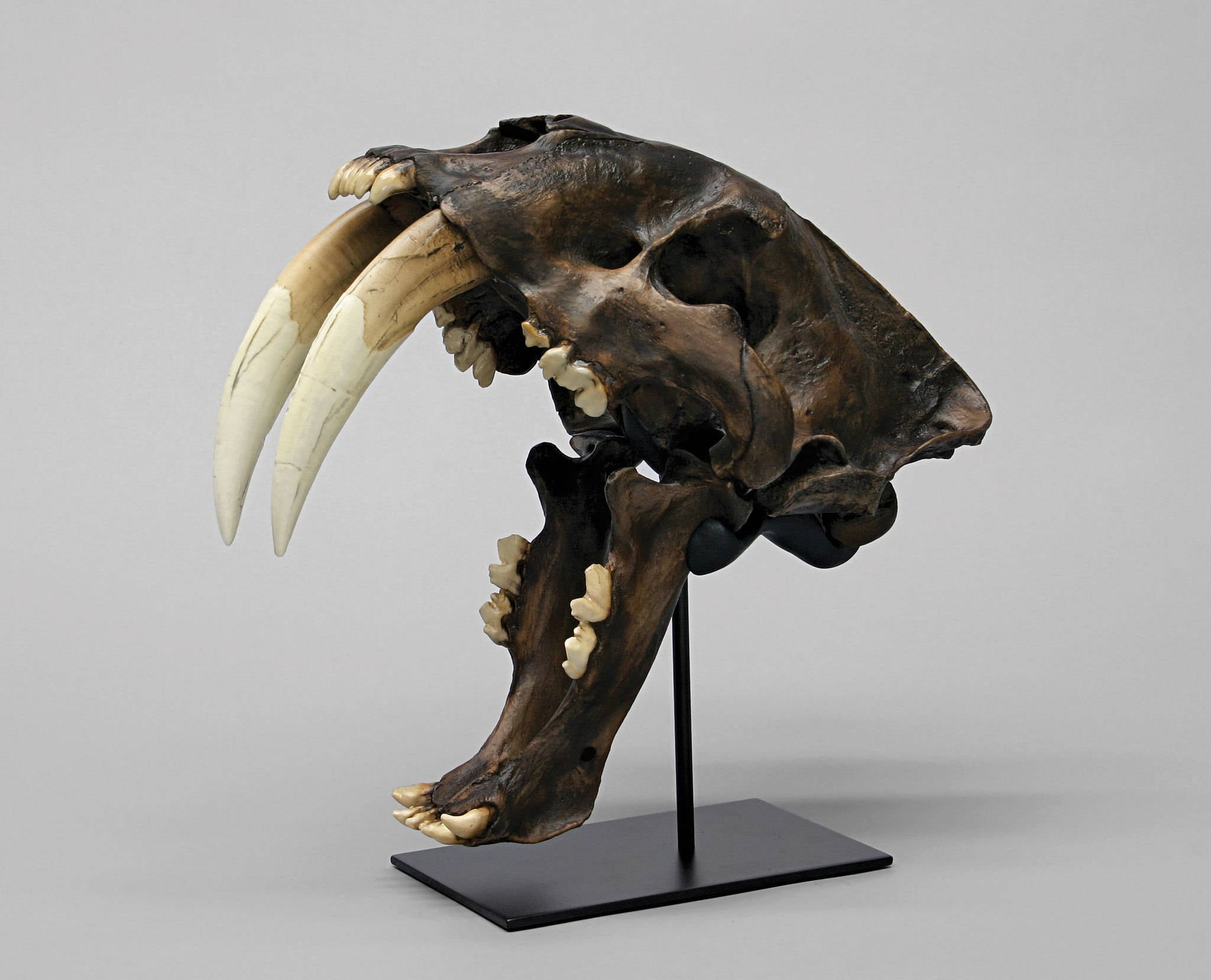 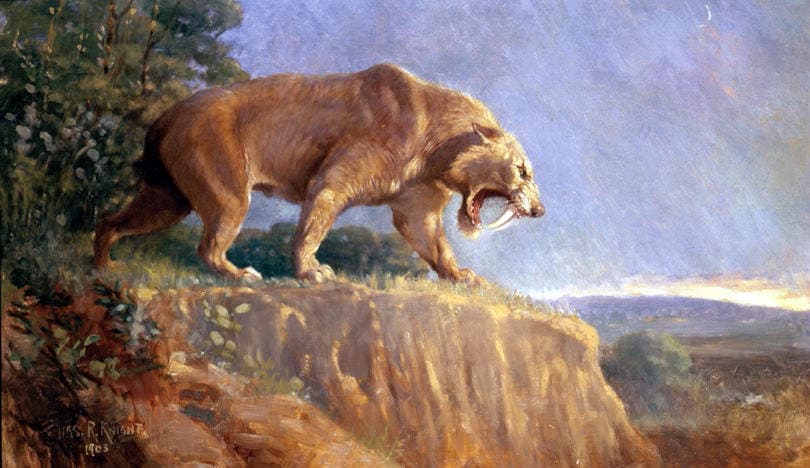 Detailed replica of a fossilized sabre tooth cat skull; hand-cast directly from an original and made from quality hand-finished designer resin. Saber Toothed Cats or Smilodon Fatalis are one of the many Pleistocene-era mammal fossils found in Los Angeles' La Brea Tar Pits. This skull was cast from a tar-covered one like the genuine one in the photo. Our skull has been rendered off-white instead of the La Brea black like the original.

Whether for a cabinet of curiosities, filled with present day or ancient exotica brought back from the far corners of the globe, or for mounting in the classic den in your own little corner of the world, our series of animal skulls make for a fun and interesting display. Hand-cast directly from an original and made from quality hand-finished designer resin.

A Sabre or Saber toothed Cat is any member of various extinct groups of predatory mammals that were characterized by long, curved saber-shaped canine teeth. The large maxillary canine teeth extended from the mouth even when it was closed. The saber-toothed cats were found worldwide from the Eocene epoch to the end of the Pleistocene epoch (42 mya – 11,000 years ago), existing for about 42 million years.

This fossil reproduction comes with its own stand and is antiqued to look like the real thing at a fraction of the cost of a genuine fossil.

(The image of a Sabre Toothed Cat painted by Charles M. Knight in 1903 is not included, it's just here so you can see what this animal once may have looked like.)