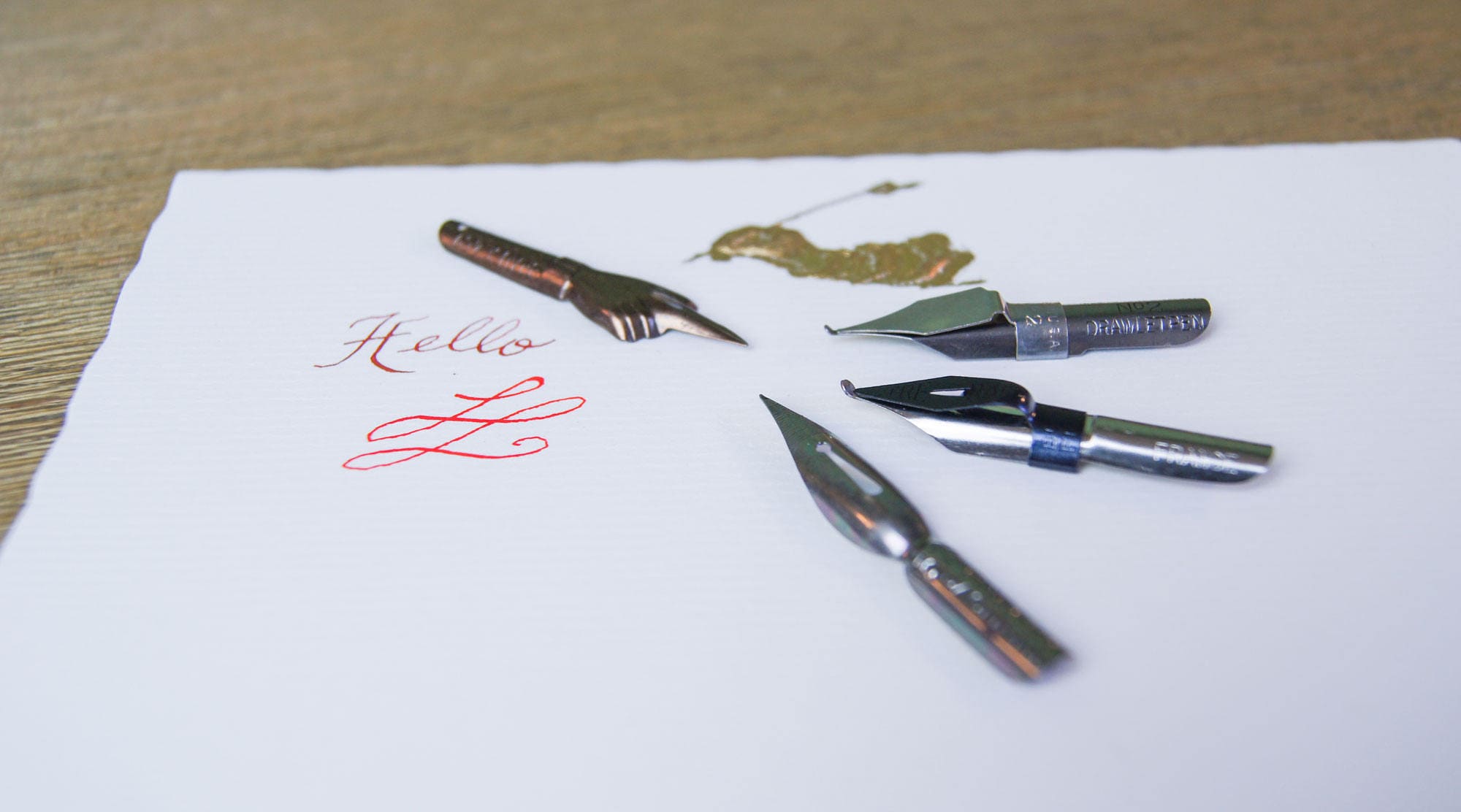 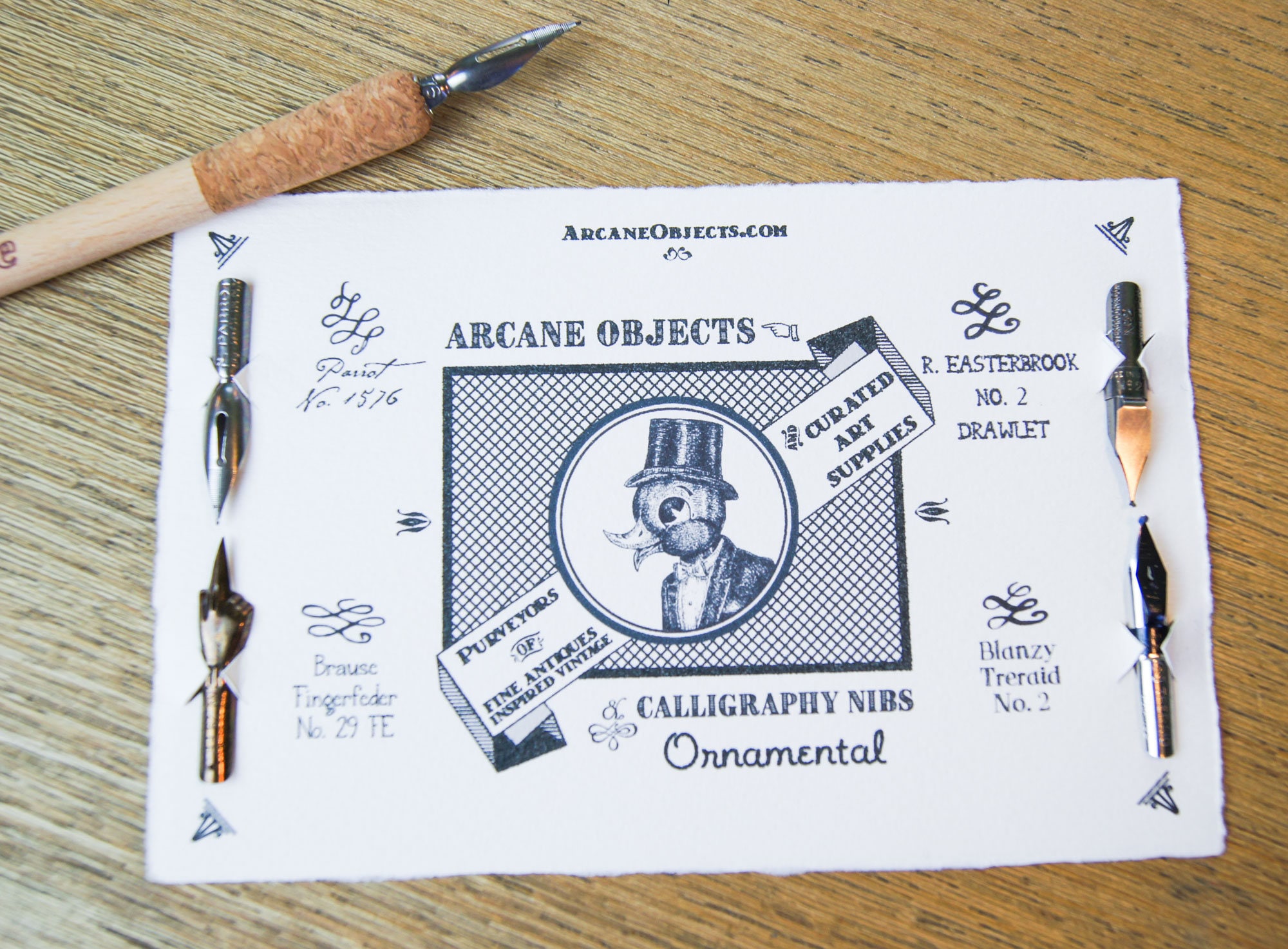 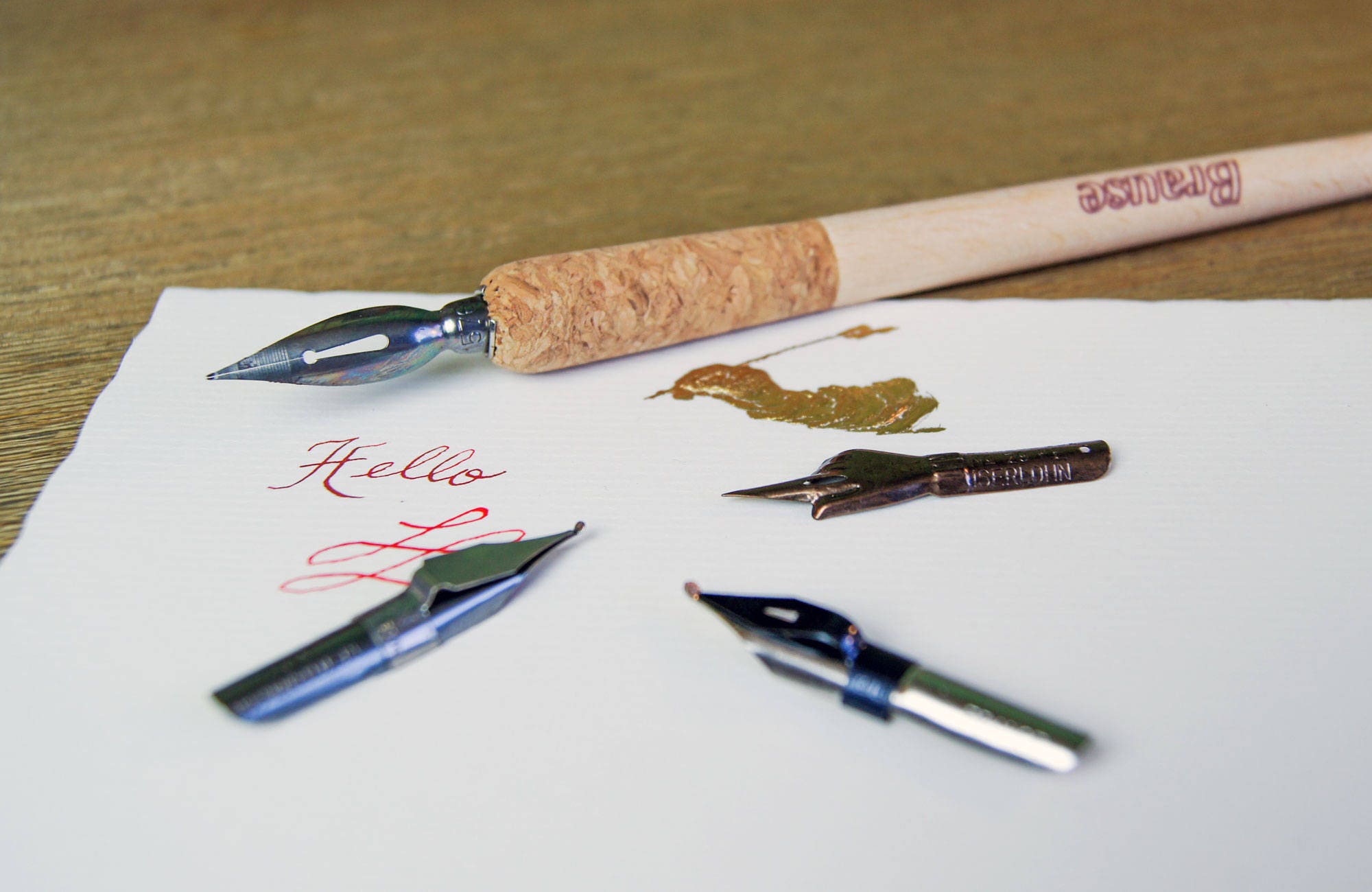 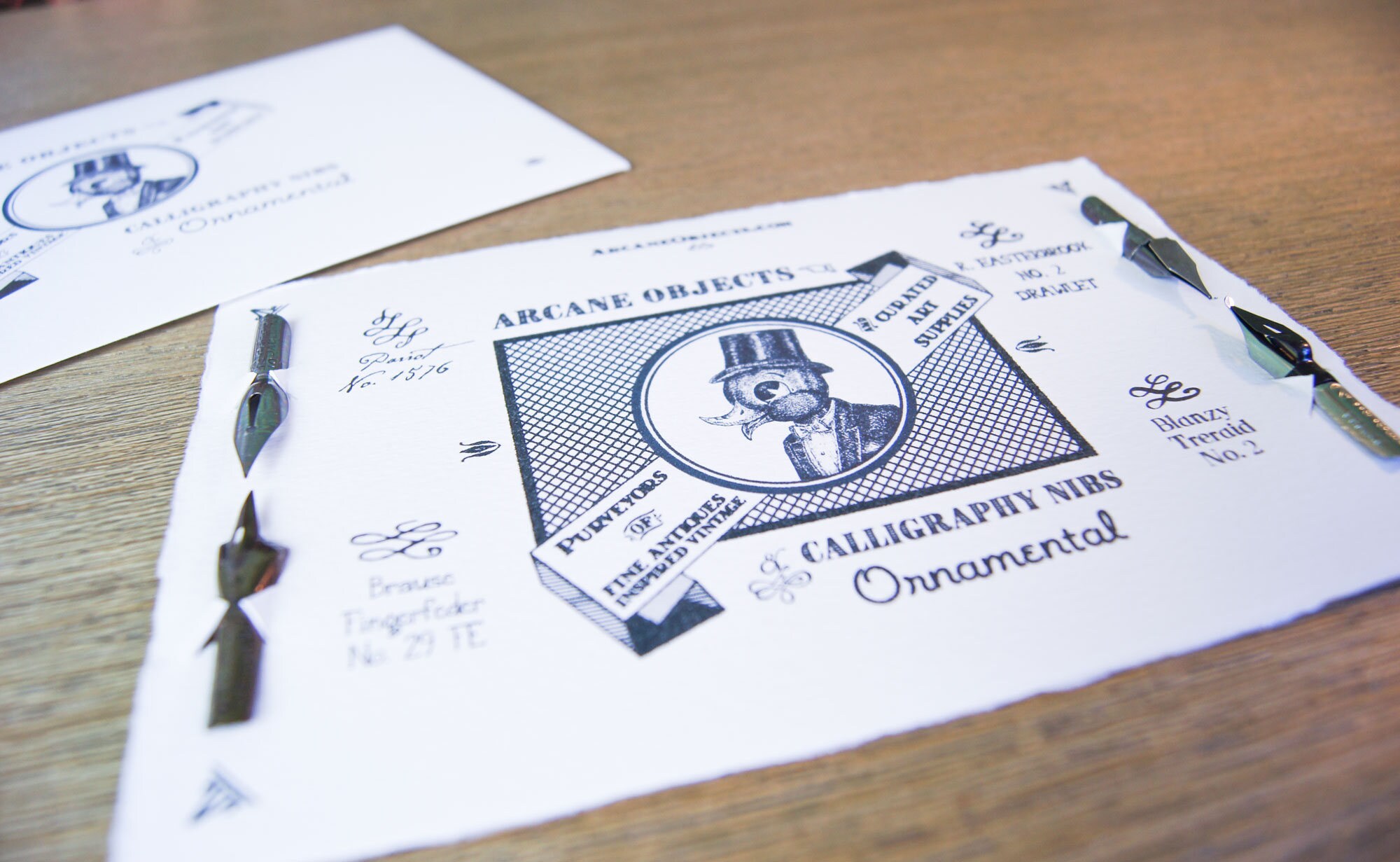 Arcane Objects is thrilled to announce the roll-out of our second unique calligraphy product. This is a set of four unused, calligraphy nibs in a pack for mono-line Ornamental writing.

Ornamental writing consists of letters that have the same thickness. Some of these particular pen nibs are what we call in the antiques biz, "new" old-stock. This means that they are genuine antique pen nibs, but have never been used. The Brause Fingerfeder (Index Finger) nib is brand-new.

These dip pen nibs are range from a thin point to a thick point. Monoline/Ornamental calligraphy is popular among modern/current calligraphists who aren't attempting to have their work look antique. This type of nib is also popular for hand-lettering work.

The Parrot company was an American manufacturer of pen nibs based in New York. Brause is known for making quality pen nibs. They opened their factory in Germany in 1850 and are still making them today. The R. Esterbrook company was the first steel pen nib factory in the United States. They opened in 1856 and ceased production of pen nibs in the 1960s. Blanzy Poure was a French manufacturer of quality pen nibs.

We recommend that you wash the nibs in warm soapy water before using for the first time. This is because there may still be oily residue from the manufacturing process on these nibs. (Yes, even 100 years later, these nibs are still "fresh!")

Arcane Objects searches the world for unique and high-quality art materials and supplies. We were lucky to find a supply of complete, antique pen nib boxes and are happy to offer them to our customers.

You will receive the four pen nibs in the photos mounted on a card. The pens, vintage boxes, and other props are not included.

This item ships via USPS Regular mail. If you would like it sooner, choose Priority Mail or Priority Mail Express from the shipping drop-down menu.

We will only accept returns on these nibs if they are in unused condition.

each of them write quite well; they also fit into my wood dip pen just fine.

Good selection of nibs, just what I was looking for! Also really lovely packaging, I think the letter was also lightly scented but maybe that's just me :)

Great nibs! Looking forward to trying them out! Well at was wonderful. Placed 2 different orders (I forgot 1 item) and they were kind enough to combine everything and refund the extra shipping. Will definitely buy here again!